Parsing the Content of Email and make Automatic Settings Based on It
Introducing how to automatically Start a Process by receiving an email, and to input the data into Data Items automatically by parsing the contents of the email.

Hi there,
This time I will talk about the implementation of simple JavaScript.

We often receive the following sort of requests:
“I would like to start work based on the contents of an email that has been received!”

This can be achieved using the [Message Start Event (email)]! 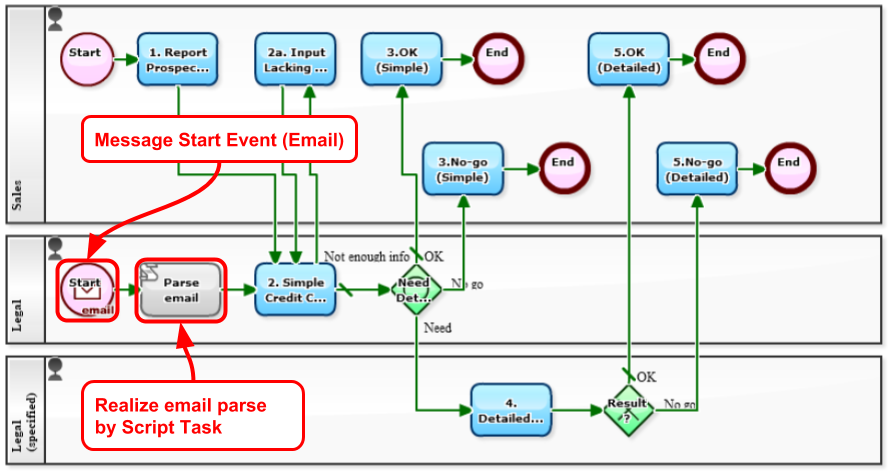 Process diagram using the [Message Start Event (Email)] (Credit confirmation application)
*Normally, a Script Task cannot be placed before the first Human Task. However, it can be placed if the start event is an automatic start event. (Convenient!)

You will be free from boring tasks such as receiving prosaic emails, and copying and pasting them into another system.

However, we also hear requests from some Questetra BPM Suite Users like

“We automatically import order notification emails from mission-critical systems into Questetra BPM Suite and process them. It’s handy, but very troublesome to copy and paste customer names, order amounts, etc. into the input form from the body of the email! Couldn’t you find some other way?”

We can do something about it!
In cases where the email has a standard format we can deal with it by using a Script Task

Since the refurbishment will be completed on May 4, 2019, please make drawings according to the specifications.

If the email body consists of the following standard format:

You just need to search the title string, get the string following it, and set it in the Process Data Item form.

To deal with the data from Process Data Items as a string we need to convert it into a String-type object explicitly, as shown in the fifth line. 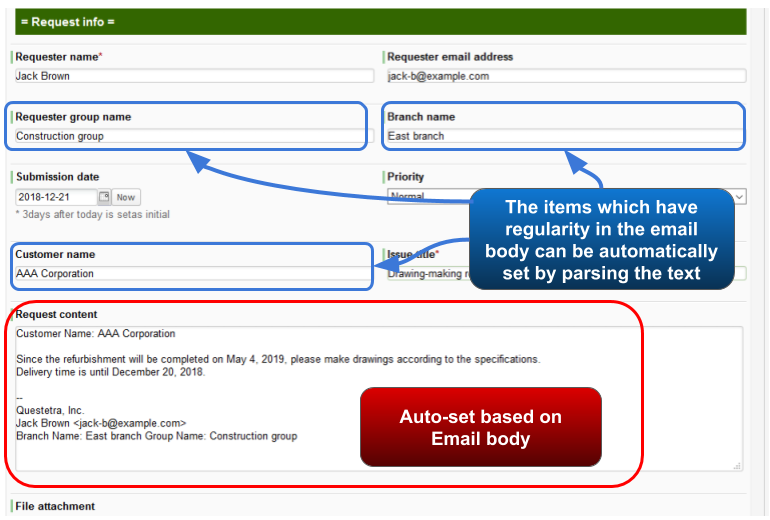 Don’t you think it’s relatively easy to implement? Objects and Methods that can be used in the Script Task are listed in Manual (M230 AUTOMATED STEP Auto Executing Complicated Data Processing). Please refer to them and implement the Script.

I hope Script Tasks will help you to extend the scope of use for Questetra BPM Suite more and more.

This site uses Akismet to reduce spam. Learn how your comment data is processed.